Celebrating the bicentenary of the Dutch constitution 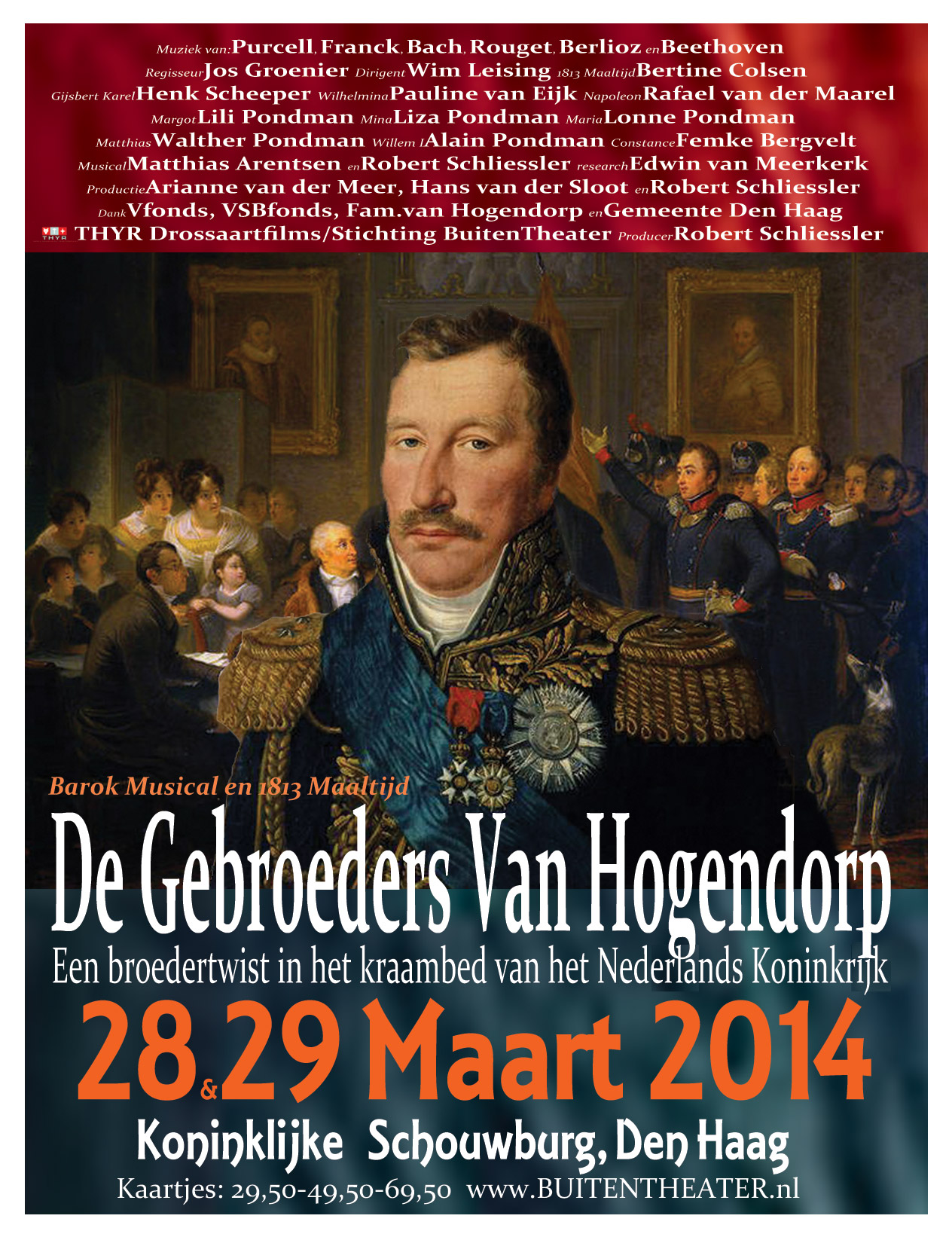 On 29 March, the Netherlands will celebrate the 200-year anniversary of parliamentary approval for the country’s 1814 constitution – only half a year after regaining freedom from Napoleon’s empire. ALDE Party associate individual member and candidate in the upcoming European elections for the Dutch social liberals of D66, Robert J. Schliessler – a film and theatre producer – will on 29 March open the premiere of a theatre play to celebrate the bicentenary of the Dutch constitution.

The play tells the story of his two great granduncles, the two brothers Van Hogendorp – one of whom was instrumental in the establishment of that constitution – while at the same time holding a mirror to look towards the future of European integration.

The Van Hogendorp project consist today of a book (released in 2013), a theatre production (premiering 29 March) and a TV production (probably in 2020) to show people that the European Union is a repair of the mistakes made at the Vienna 1815 convention.

With his play, Schliessler also wants to emphasise his belief that we need to shape European political parties to reflect the new realities in Europe and bring together individuals with a strong common view of the future. The establishment in 2011 of associate individual membership of the ALDE Party in his opinion is a good start. He said: “Let’s not work on it another 200 years.” Exclusively for Liberal Eyes, Robert Schliessler wrote in English a short version of the history of his two great granduncles:

“The fact that the brand new constitution was so ready to be approved only half a year after Napoleon’s defeat was the work of one man only, Gijsbert Karel van Hogendorp. He had been working on it while Napoleon ruled the world and even while the members of the House of Orange thought they would never return to their country.

Van Hogendorp turned the former Dutch republic in to a kingdom based on the rule of law. He had always confused people and no one could tell whether he was a democrat or a monarchist. After being educated at Friedrich II’s court in Prussia, he visited the United States shortly after their 1776 independence and was friends with most of the founding fathers, but not George Washington, who disappointed him. He was also close to then British Prime Minister Pitt and witnessed their steps towards a constitutional kingdom with democratic rules.

It seems he wrote the Dutch constitution 20 years later combining the best elements of these two different systems. But his plan failed. The newly appointed king Willem I imagined he could rule as an absolute monarch – contrary to the plans of Van Hogendorp who had hoped to combine checks and balances. That did not happen until 1848 when the next king, Willem II, accepted a revised constitution introducing a constitutional monarchy, long after Van Hogendorp died.

History could have been different if Gijsbert Karel van Hogendorp would have worked more closely with his brother Dirk, a loyal ally of Napoleon. Dirk was educated by the colonial governor of East Java and had almost become king of Lithonia. He hated the House of Orange and fought slavery for over 50 years, but lost it all after Waterloo.”